If you take a look at photos of the Forschungseinrichtungen für Experimentelle Medizin (FEM) building floating on the web, you’ll be forgiven for doubting that such a phantasmagorical structure can actually exist. To prove that it’s real, I went to Berlin to photograph it, and I lived to tell the tale. Read it if you dare. 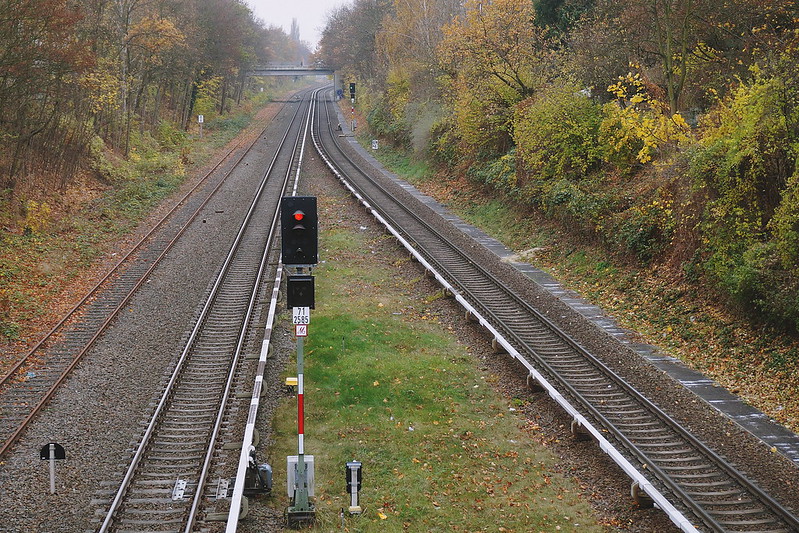 FEM is situated in the Steglitz suburb, which is about half an hour by S-Bahn train from Berlin. Probably the easiest way to get to Steglitz from Berlin center is to take the direct S1 train from Potsdamer Platz and get off at the Botanische Garten station. It takes about 15-20 minutes to walk to FEM from there. 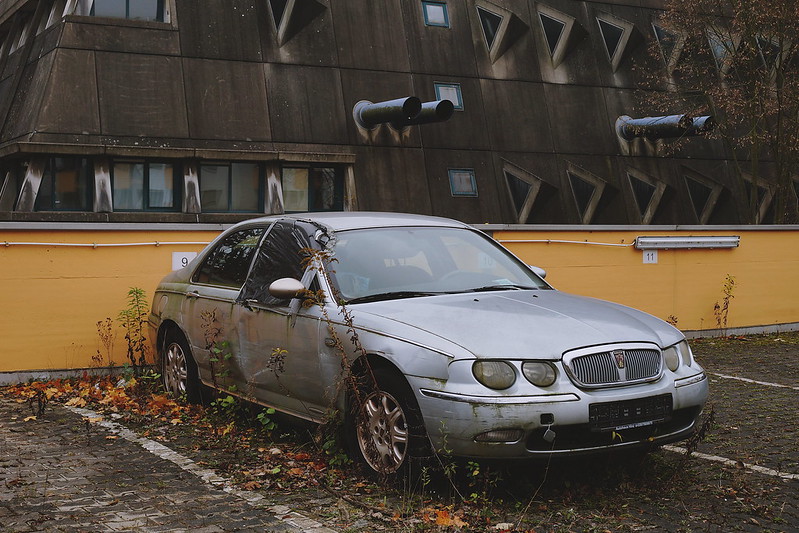 FEM welcomes you with a parking lot with abandoned and decaying cars. It’s as if the unsuspecting drivers were sucked into the building through its pipes never to be seen again, and the cars are left to rot forever. This probably serves as a warning that this may happen to you too. The deep humming noise coming from the building’s innards along with the steam rising from its chimneys complete the eerie atmosphere. 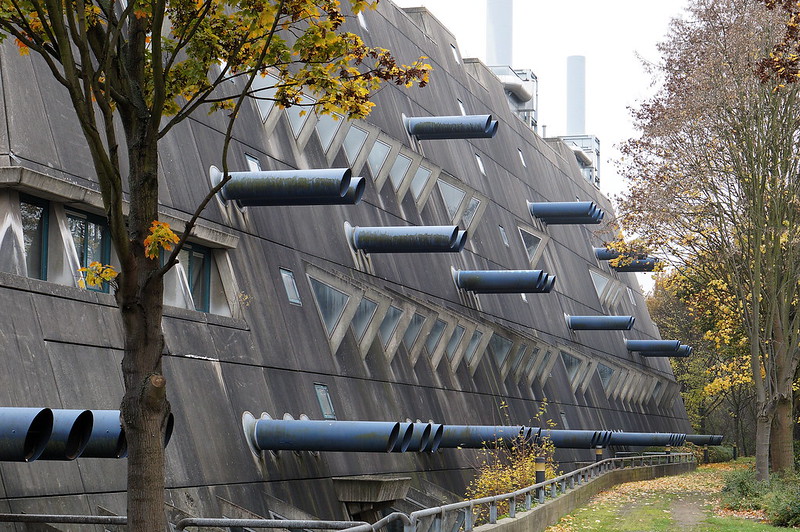 The “you have to see it to believe it” adage applies very much to FEM, as no words or even pictures can adequately describe this building. It evokes a mixed and intense feeling of awe, disbelief, and trepidation. The building feels more like a living organism than a concrete structure, a creature you should approach carefully and treat with respect. 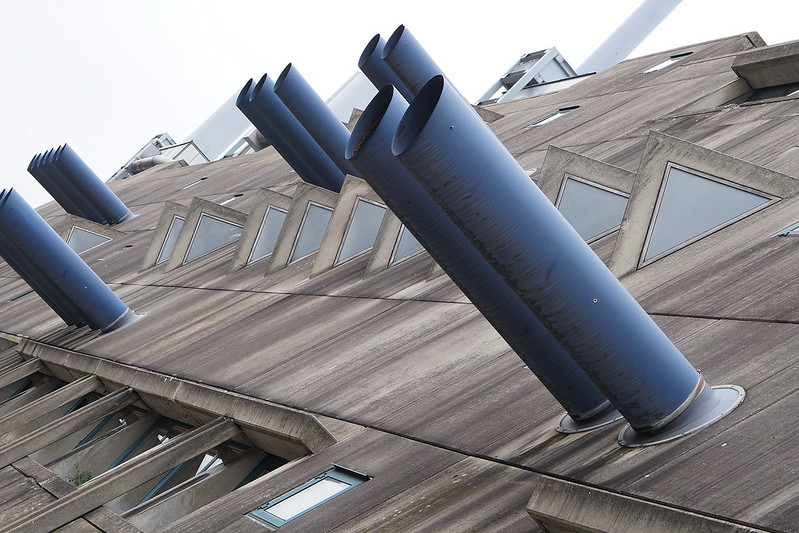 The complex is surrounded by a fence with surveillance cameras and no-trespassing signs (as though the building itself doesn’t look intimidating enough to keep most people away). It turned out, though, that one of the gates was actually unlocked. I discovered that when I saw a person leaving the building. When I asked her whether I could go in and photograph, she hesitated, but then said that I would probably be okay if I stick to the open area around the building. So I walked around and took a few photos without any problems. Mind you, it was Saturday morning, so it might be different on a busy work day. 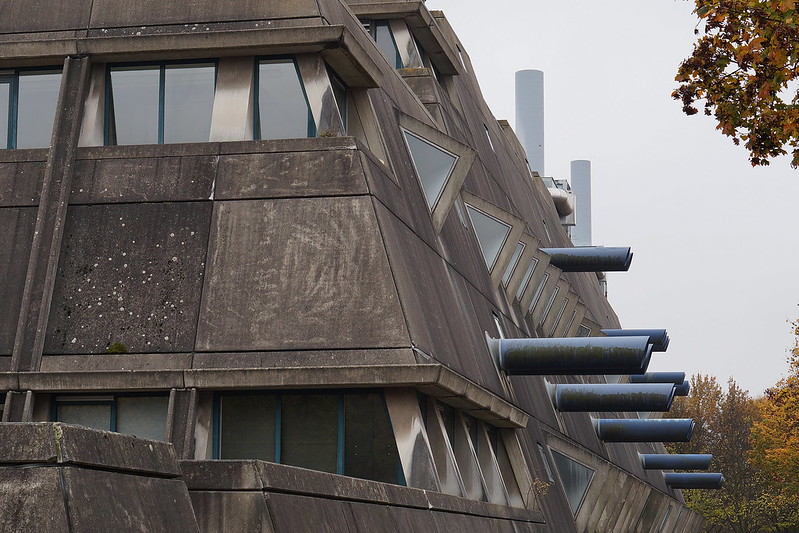 Apart from a handful of photos, there is not much info about the building to be found on the web, but here is what Shlur has to say about it:

The FEM is a colossal concrete structure with place for 88,000 test-animals. It is known colloquially as the ‘Mouse Bunker’ due to its solid, imposing appearance. Completed in 1980, during the ten years it took to build the original forecast cost of 4 million Deutschmarks had become 126 million.

The sloping, converging walls are supposed to be reminiscent of the gables of farmhouses or sheep-stalls in Lower Saxony. I don’t know if this reference to free animals was supposed to be ironic.

I’m glad I had the chance to photograph the building (and I wouldn’t mind doing it again), but I sincerely hope it won’t haunt me in my dreams.