Although Herlev is technically not Copenhagen, the city is a part of the county of Copenhagen. This otherwise bland suburb is home to the most shining example of Danish brutalist architecture — Herlev Hospital. With its 120-meter high main building, the hospital is Denmark’s tallest building and, according to Wikipedia, the sixth highest hospital in the world. It is also a huge complex, totaling 190,000 m2 of floor space.

Construction of Herlev Hospital officially began on August 19, 1966. It was an ambitious project set to become a showcase for everything the welfare state had to offer: from the latest technological innovations to no-expenses-spared interior design. Even though Herlev Hospital was the first building project in Denmark to use computerized budget tracking, the construction was plagued by delays and serious budget overruns. It took almost ten years to complete the project, and when the hospital opened its doors in 1976, only 16 floors were initially in use. The last remaining floors first became operational in 2007. But the troubled history in no way diminishes the impressive work done by the architects Gehrdt Bornebusch, Max Brüel, and Jørgen Selchau as well as the artist Poul Gernes.

Herlev Hospital spans a large area and it’s comprised of several buildings. The centerpiece of the complex is an in-patient block consisting of three towers: the in-patient tower, the tower for medical staff, and the elevator tower. The latter is 120 meters high, and it’s the highest structure of the complex. The in-patient tower has 25 floors that feature the same basic layout. There is a core area in the middle with staff rooms, storage facilities, examination rooms, etc. Twenty-four in-patient rooms are situated around the core area, and every room has windows with a view. This layout was designed to give the staff faster and easier access to patients. The in-patient block’s outer shell uses a combination of light-colored concrete, glass and bronze-colored aluminum. Although the latter two materials are used sparingly, they break the concrete monotony. 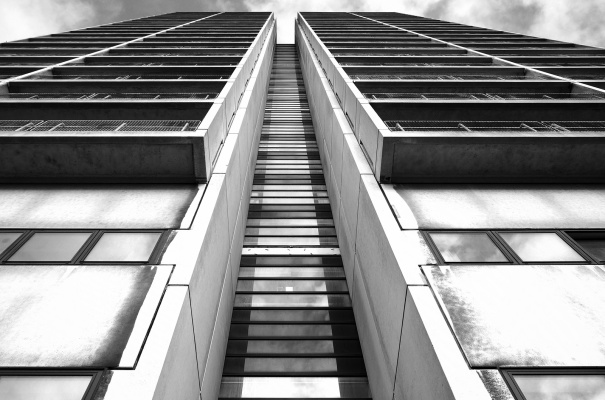 The large flat building behind the tower block houses outpatient clinics, labs, operating theaters, and an emergency room. The building consists of 15×15-meter sections with a corridor between them. Treatment rooms occupy individual sections that can be used individually or joined together. This flexible arrangement makes it easy to adapt the available section for different uses, as needed. 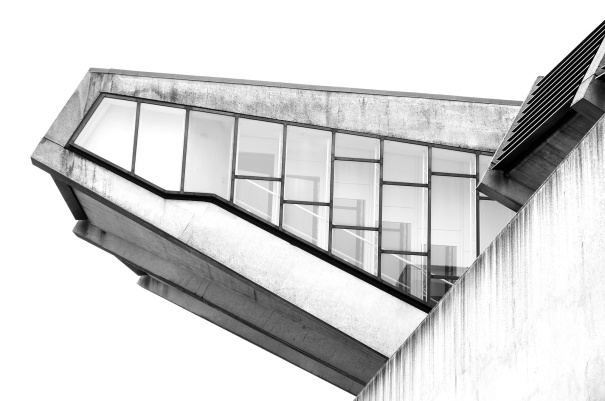 Two auditorium buildings close to the in-patient block are probably the most eye-catching architectural part of the hospital complex. The unusual fan-like form of both rooms gives them an otherworldly appearance.

Entering the foyer in the elevator tower is like stepping into a painting. The foyer and the rest of the hospital complex was transformed into a living work of art by Danish artist Poul Gernes. 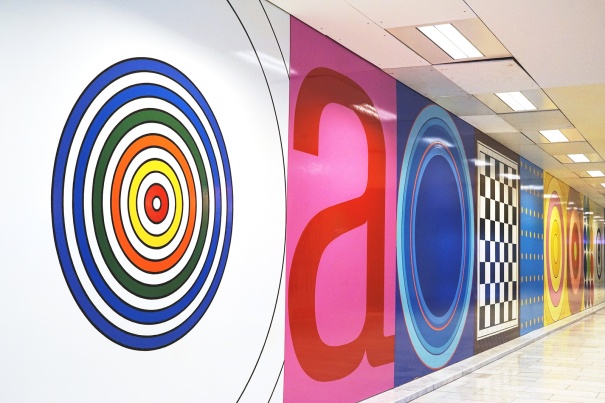 The foyer alone features 56 individual paintings created with enamel-paint on pre-treated fireproof boards that also act as pieces of the finished wall. Fifty-one of these paintings are 2.5×2.5 meter in size, while the rest measure 2.5×1.85 meters. All paintings feature bright colors and easily-recognizable forms and patterns: circles, dots, lines, etc. Paintings and colors are not limited to the foyer, though. All in-patient rooms, doors, floors, anemostats (pipe system for circulating fresh air and heat) are painted in various colors. 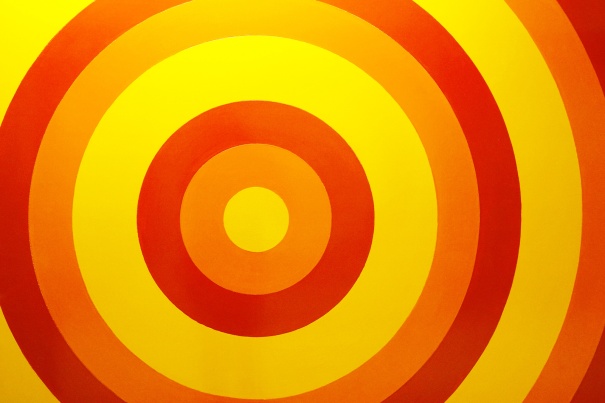 The color palette used throughout the hospital is not random, and each color serves a specific purpose. For example, the nineteen colors used on the doors signal what or who is behind the door. Green-color doors lead to educational rooms, while blue doors open to examination or doctor’s sanitation rooms. And all bedrooms, operating rooms, and rooms for high-ranking staff have yellow doors. The yellow color was chosen for doors to ease the eye’s transition from the artificially illuminated corridors to the daylight-illuminated bedrooms. The color is also supposed to increase the alertness of the staff entering the in-patient rooms.

In-patient rooms also feature a carefully selected color scheme. Here, the color choices depend on the room’s orientation. Cold colors like blue and green dominate the north-facing rooms, while warm colors prevail in the south-facing rooms. Rooms facing east feature yellow hues, and rooms looking west are painted in soft peach and apricot shades. This approach ensures the ideal interplay between daylight and room colors. The daylight coming from the south side reinforces the warm colors in the rooms on the south side, while the cooler northern light does the same for the cold colors in the north-facing rooms.

Interestingly, the walls behind the patients’ beds in all rooms were left white, so they can reflect light without any color cast. This was done to help medical staff to get a better visual assessment of the patient’s general condition.

Attention to detail also shows in such seemingly unimportant elements as window curtains. The specially-designed graduated patterns made it possible to use the curtains to control the amount of light entering the room. 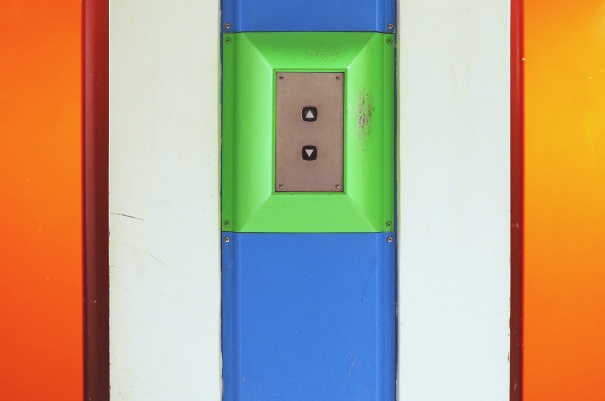 The colors in the hospital are not limited to the walls and doors. The floors, the fittings, and some parts of the fixed inventory in the treatment sections are also painted in various colors for both practical and entertaining effect.

The 65 km of pink-colored rubber floor-moulding, 10 km of specially-printed curtain material, 4,500 doors in 21 colors to 3,700 rooms can give you a general idea of the sheer enormity of Poul Gernes’ work.

The color scheme and the artwork are not the only unique elements of the hospital’s interior design, though. The rounded corners and forms used throughout the entire complex — from windows and door frames, to signs and elevator signals — enforce the building’s uniqueness and friendly atmosphere.

The easiest way to reach Herlev from Copenhagen is by S-train C or H lines bound for Frederikssund Station. You can take the S-train from Nørreport Station or the Central Station (Hovedbanegården). While you can freely take pictures from the publicly accessible areas of the complex, photography is not allowed inside the building. 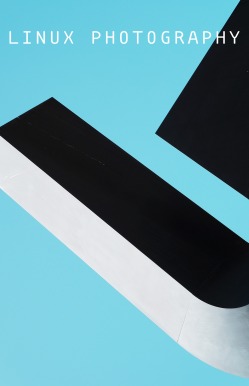 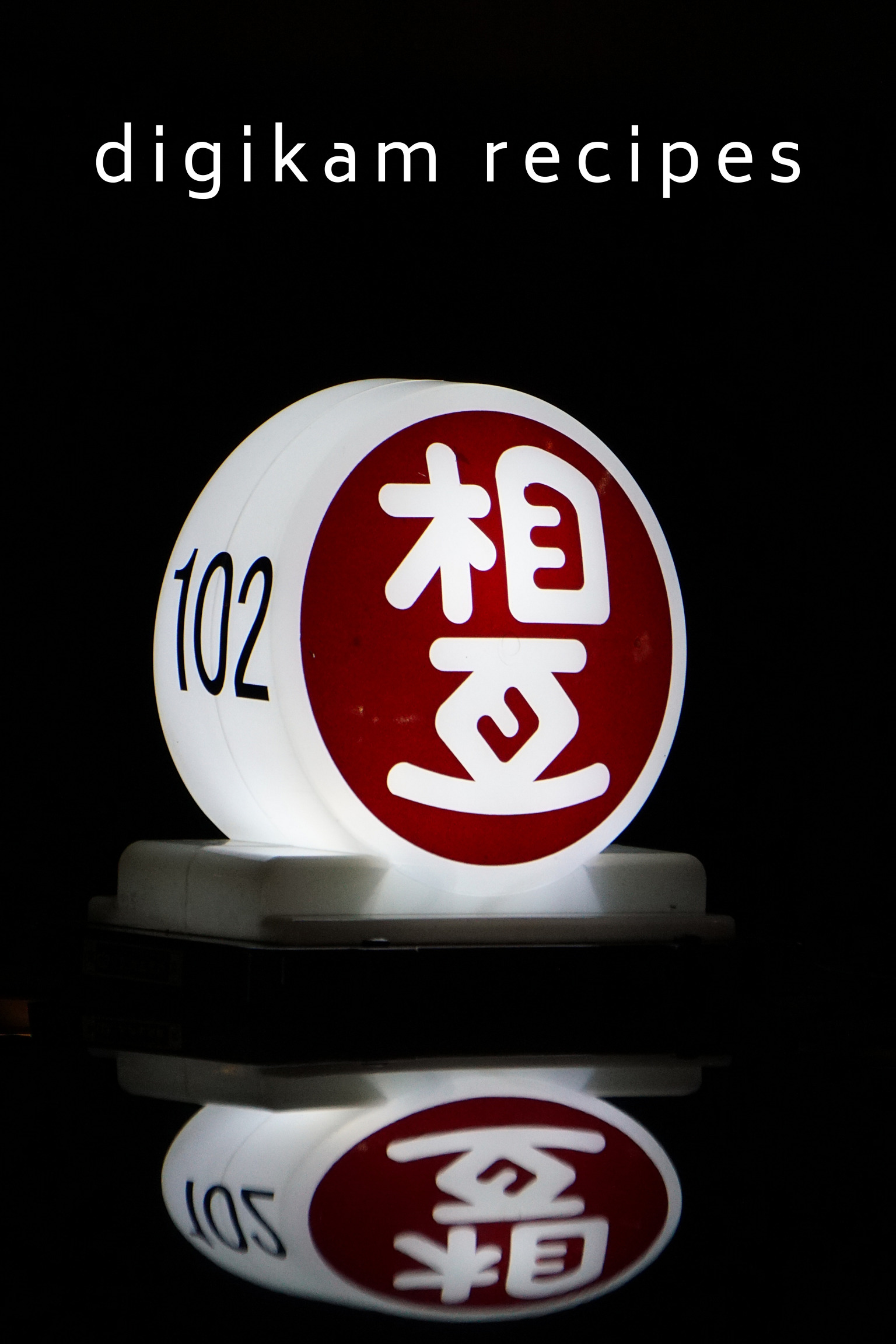 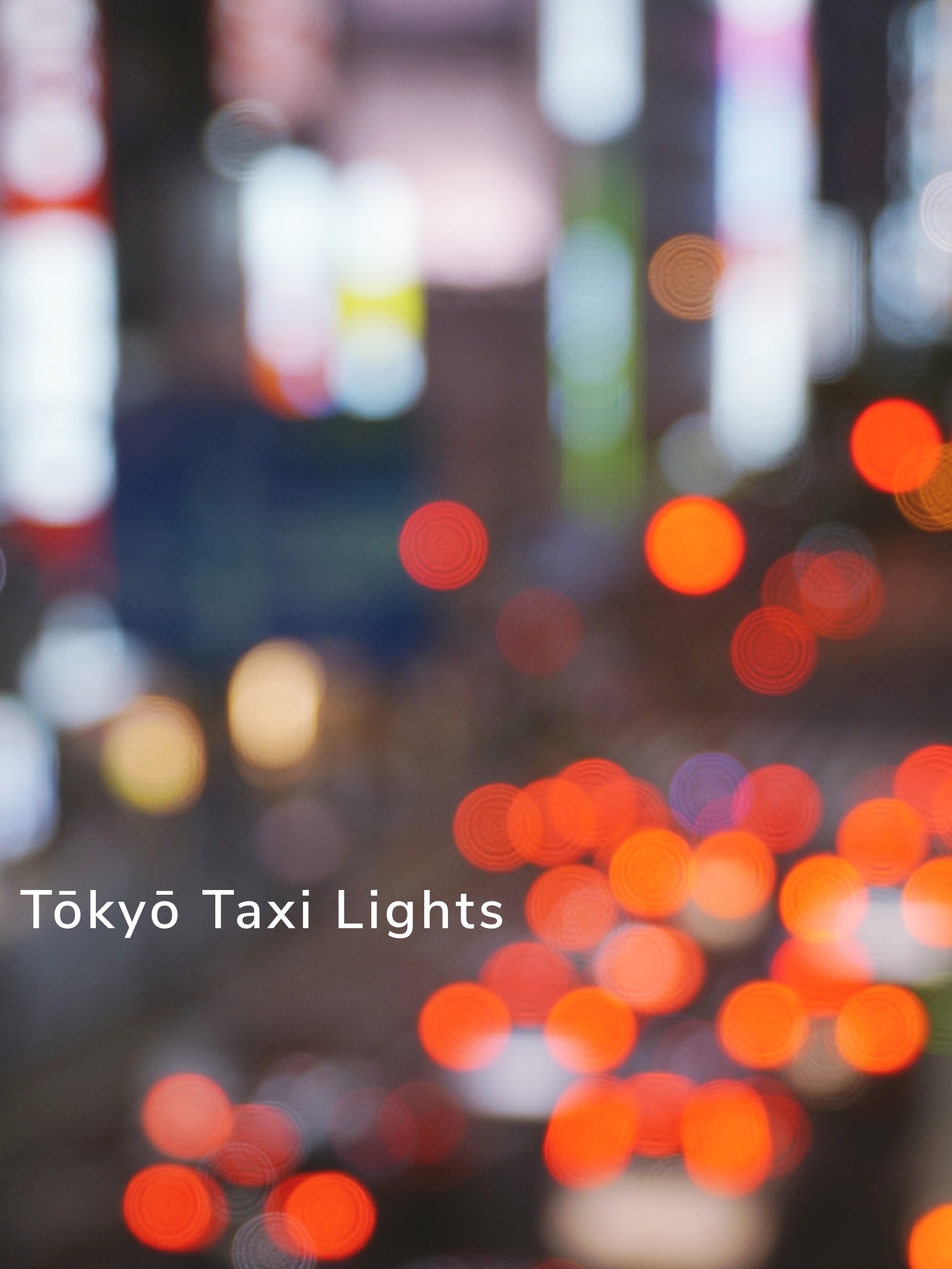